Interview with Marc May, Founder of the Legal Technologist 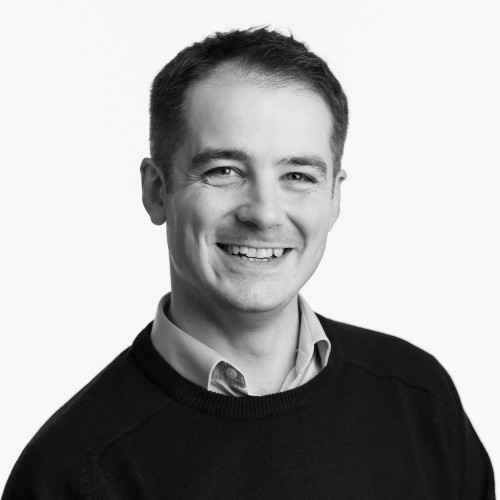 Over the next 12 months Jeremy Small, CEO of Jameson Legal, will be carrying out interviews with professionals from around the world discussing law and technology. In his first interview, Jeremy talks with Marc May, Managing Editor and Founder of the Legal Technologist magazine, about his journey into legal tech, current trends and what lawyers can do to get to grips with legal tech.

Jameson Legal is a multi award winning international consultancy specialising in the recruitment of lawyers and legal personnel. Their clients include many of the leading international law firms as well as the in-house legal departments of major private companies and publicly listed multi-nationals.

Jameson Legal Tech is an innovative new service, with the company working with pioneering legal tech and venture capital companies to expand into new markets. Their initial partnership with App4Legal – a fast growing  Legal Practice Management Software company – is a ground-breaking development for Jameson Legal, giving their clients and candidates the opportunity to employ a “best in breed” legal technology.

JS: How did you find yourself becoming involved with Legal Tech?

MM: I think I was really at the right place at the right time. Back in 2015 I was working at RPC as a Paralegal I was given the opportunity to get involved with internal document automation trials and I found that I really enjoyed it. It wasn’t until I’d qualified as a Solicitor though did I have a chance to properly action that enthusiasm. At the point of qualification I had the opportunity to head up the roll out of document automation across the firm.

It was a brand new role and a bit of a career gamble given I was diverging from the traditional legal career path. However, I learnt a lot in the role, not just about the piece of software I was using to carry out the automation, but also about the business of law, process design and change management. This continual learning was one of the things I most enjoyed about the role, and about legal tech more generally. Legal technology is constantly evolving and I’ve enjoyed tracking its progress and learning about how others are using it in practice.

I’ve since moved on from that role to a consultant role at SYKE where I now co-lead the delivery of all Icertis contract lifecycle management (CLM) implementation projects for corporate clients. On top of that I’m also the Managing Editor/Founder of the Legal Technologist magazine and the Co-Founder of Bristol Legal Hackers.

JS: How did the legaltechnologist.co.uk come about?

MM: One of the things I noticed quite quickly when I took on the automation role at RPC was how little lawyers knew about the technology that was available and how it could positively impact their working lives. It made me think that really there should be information on this at an earlier stage in legal careers so junior lawyers could see which tools were available and how they could be used both internally (to improve processes) or externally (to create new products/services).

It started out as a newsletter with about four or five of my own articles, as well as a few from others who had kindly contributed. I usually tell people that had people not read the first one and liked it enough to want to contribute I don’t think I personally would have had enough content to fill a second one!

It has only been around for just under three years but in that time the magazine’s following has grown from a handful to just over 15,000, and we now have an editor or contributor in nearly every corner of the world. Legal tech is usually a topic that sits at the fringe of other legal publications so I’m glad we are able to really put a spotlight on it. However, the success of the magazine is really down to the people involved and I wouldn’t be able to do it without the great team of eight around me (who are equally as passionate about legal tech!).

JS: What effect has the Covid-19 crisis had on the progression and take up of legal tech amongst law firms and in-house legal teams?

MM: There has been a boom in corporate uptake of legal tech as a result of covid-19. Businesses have been keen to make their contracting processes more efficient, as well as digitising their signed documents so they are easier to track. This is usually done with CLM tools. They ultimately give in-house legal teams significantly more control over their contracts and processes – as well as empowering other business functions to draft/execute simple contracts and freeing up legal team capacity.

That said, there are also a number of corporates that are keen to make best use of what they already have, just in a more innovative way. For example, by using O365 and chat bots to create an internal legal review triage so that only the requests or queries that the legal team need to answer are answered and the remaining queries are signposted elsewhere (e.g. a knowledge base or more appropriate department).

For law firms there has been a big uptick in communication and collaboration tools, but beyond that I’d say that take up of legal tech in law firms has been largely subdued. That said, this might be down to strategic work done as a result of the 2008 recession where law firms reviewed their processes and adopted legal tech in the ensuing years. They are more likely to have built up their internal resource accordingly with a number of firms now who have teams devoted to legal automation – who focus on internal efficiency as well as using technology to build stronger relationships with clients.

JS: Should lawyers be concerned by the rise of AI and the concept of the “robot lawyer”?

MM: I don’t think lawyers should be concerned about that. We are a little way off AI making significant inroads into lawyer’s work. If anything it should be making lawyer’s lives easier at the moment. I think the best use cases for AI relate to documents – either the ability to quickly search for relevant material in a huge dataset or the ability to extract data from signed documents and tabularise them. The former being used in litigation disclosure exercises and the latter in contract reviews. It should be a godsend that lawyers are able to use technology to get the information quicker and in turn able to provide their client’s with better advice and service.

Legal technology should be perceived as an opportunity to provide a better level of service to clients, rather than as something to be feared or resisted. It isn’t so much the technology itself lawyers should be concerned about but the ability of competitors to harness that technology.

JS: Do you have any advice for lawyers seeking to get to grips with legal tech?

MM: I think legal tech is a broad term but for me personally it isn’t so much about the technology itself but how it is used. Software is never really used to its full potential. I’d say as a bare minimum lawyers should look to learn something new every week in the applications they use on a day to day basis. I’d say form closer ties with IT so that they can provide you with ways of doing your work more efficiently and they can better understand what you do and how to support you.

I’d say it was important to keep up to date with what is happening with legal technology. Reading publications like the Legal Technologist will give an idea of what is happening in the world and some discussion around it. With that you will get an understanding of which tools are out there and how they are used. If you’re at the junior end of your career you may want to use this information to make your working life easier by putting forward a business case. If you’re a senior you want to use this information to consider if your matters are being run in the most efficient way possible.

Whatever your career level I would always have in mind that legal technology has the ability to provide a better service to clients/customers if used effectively. I led a client automation project a little while back where the firm provided their client with the ability to create some of their less complex documents internally using a document automation tool. The law firm was unlikely to be instructed to create these documents but nevertheless the firm could (a) provide a better service where these documents were escalated because they knew how it had been created, (b) review the documents periodically for a fee, and (c) could build on the relationship for the length of the software license (which allowed cross-selling to other areas). So if there are opportunities to do legal tech projects with clients I’d go for it.

An interview with Mariana Hagström – From Managing Partner to Legaltech Founder
Admin August 12, 2020

An interview with Mariana Hagström – From Managing Partner to Legaltech Founder

Covid, Contact Tracing and What These Say About Future Lawyers
Admin November 15, 2020