Portrait of a Blockchain Lawyer

Becky Baker in conversation with Atik Ahmed of Axiom Law

In this issue of The Legal Technologist we draw on cutting-edge LegalTech developments to paint a vibrant picture of the future for the legal profession. Explore our articles ranging from innovative applications of AI to the shifts in the legal market which show the practice of law in ten years’ time may be very different from what we know today.

As a lawyer, or an aspiring lawyer, you may not have considered that the work you do might change just as radically as the way you do it. Just as the birth of the internet created a demand for internet-savvy lawyers, the distributed ledger technology known as blockchain may well create another opportunity for lawyers to diversify their skills. Blockchain offers a secure and efficient way to conduct transactions, record data, and connect businesses and people and as with any new technology, it presents new legal issues too.

The demand for blockchain legal experts is already increasing as businesses start to exploit its potential and tackle associated legal challenges. One of these experts is Atik Ahmed, a lawyer at Axiom, the leading global alternative legal services provider. Atik presently works with TradeIX, a FinTech firm that uses blockchain technology to find innovative solutions for corporates transacting trade finance assets. TradeIX created one of the world’s first platforms utilising blockchain for banks, corporates and B2B networks in trade finance.

Working with a relatively young technology is not without its challenges. Existing legal frameworks often need refinement for tackling blockchain related issues, as Atik draws out:

“Quite often, I’m having to ‘invent the wheel’ when it comes to the nuances of drafting blockchain language in commercial contracts. I enjoy it – it’s the legal equivalent of creating original material to commercialise new tech propositions.”

His work shows that lawyers have a role to play in commercialising blockchain for a competitive market. However, it can be a learning process for businesses to get comfortable with this new technology, as Atik states:

“Opening the eyes of corporates to the potential and practical application of blockchain technology can take time, effort and persistence. Fortunately, for startups like TradeIX, having significant senior industry professionals in both trade finance and platform development on the team truly helps – Project Marco Polo is a great example of this.”

Atik also sees great potential for blockchain in other industries and he references AXA’s parametric blockchain insurance product for customer flight delay, Fizzy, as a particularly successful example of a commercial application of the disruptive technology. He believes that blockchain will not necessarily be commercially relevant for every industry, but he highlights payments, healthcare and the legal industry itself as “sectors that are riper than others for blockchain disruption”.

We know that firms across the legal industry are exploring and successfully implementing LegalTech applications, but we haven’t heard that much about blockchain so far. The Global Legal Hackathon helped open up the floor to blockchain LegalTech ideas: 100 out of the 700 teams worldwide pitched a blockchain application to the judges, including the winner of the UK first round competition.

For Atik, the success of any blockchain application in the legal world depends on existing commercial factors to fulfil demand:

“This is not so much about law initially – it’s mainly about business and economics. A LegalTech blockchain proposition in this sense is no different to a physical product. There needs to be a market with demand for a practical blockchain idea to be successfully commercialised. If that hurdle is cleared, I’m interested in originality and creativity of thought in LegalTech blockchain propositions that seek to either disrupt an existing legal industry assumption or that refine a legal process in a unique way.”

We are already seeing the early outlines of a future for blockchain in our legal landscape. Blockchain has found niches in the market but it is too soon to say whether the legal industry will be one of them. It is clear that blockchain is already changing the role and work of some lawyers and whether it becomes a bigger part of the legal landscape or not, it is certainly already part of the picture. 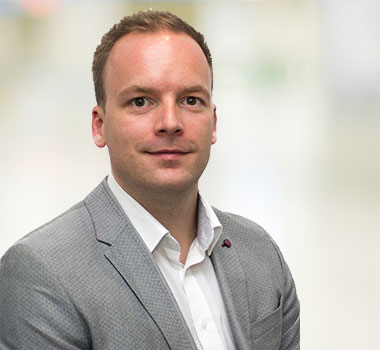